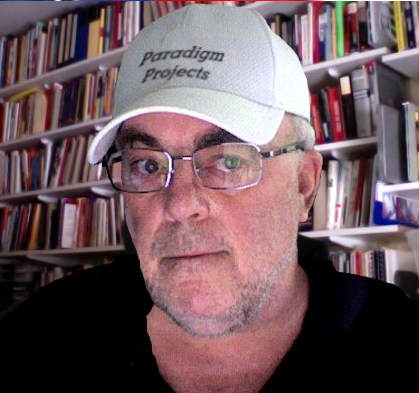 The company that would eventually officially become Paradigm Associates, Ltd. and more popularly known as Paradigm Building & Remodeling I originally founded as Eastlake Associates in 1986 so that this 30-year-old “kid” would have a “real” business name to present to prospects and work under. Having worked for other small contracting businesses and in the technical theatre up until then I started out just putting together project-specific teams for different projects as they came up and for the most part while I would eventually build up a core of key employees that was a methodology I never abandoned.

In 1988 I changed the company name and incorporated in 1988 as Paradigm Associates, Ltd. and eventually became a small but diversified project-oriented, privately held corporation with special interests and skills applicable in residential interiors & exteriors, store & restaurant interiors, trade show & museum exhibits, and themed environments,producing distinctive and unique environments for homes and business in the New York tri-state region using innovative design, traditional artisanship, state-of-the-art building techniques, and the latest in computer technology. I built a reputation for quality and an excitement for taking on the “extraordinary” and projects others declined as being too off of the mainstream.

Having been hired for my first carpentry job when I was just 17 I could argue in 2017 that I now have 43 years of experience in the building and remodeling trades but my experience of all these years has been varied. My first “real” regular job in the construction trades in my early twenties was as a mason helper working for an old stone mason learning what I could of his “tricks of the trade”, techniques, and methods and all through my twenties into my thirties working in the theatre too where I could as a set and lighting designer, scene painter, prop builder, and stage technician.

After going to college and studying Theatre Design & Technology at what they now call Purchase College (we knew it as SUNY Purchase back then) in my twenties I continued my education taking courses in Watercolor Painting, Sculpture, and Graphic Design & Typography in the Continuing Education program there but also took courses in Estimating and Construction Management at Westchester Community College and NYU too.

It was in the Construction Management classes there that I got my first introduction to Critical Path Project Management and began a lifetime of curious interest in project management science. The anecdote I often share about how I became so inspired to get into that class was I was working on building scenery for a show I had designed and one of the cast members in the production wandered into the shop and saw on the wall a 4′ x 8′ sheet of homosote I was using as a bulletin board that was filled with 3 x 5 cards describing the tasks that and to be done connected by strings of yarn showing the workflow and asked me where I learned Critical Path. I responded saying “Critical what?” and found out his “real” job during the day was with HRH Construction Corporation one of the most well-known construction management firms working in NYC at the time. He told me what I was doing on my bulletin board was known as the Critical Path Method or CPM (I would later discover what I was doing wasn’t CPM but there was a name for it in the project management lexicon and it was COW for Cards-On-The-Wall Networking Technique (the link to my original source) and it was what fired up my interest in learning more and when I discovered WCC offered a class on CPM I signed up and took it. The text for that class I took was CPM in Construction Management: Project Management with CPM by James J. O’Brien P.E which I notated and highlighted heavily and still sits on my bookshelves today even though I practice and teach a more modern robust form of project management today call Critical Chain Project Management (CCPM) which takes CPM a step further by adding time buffers to account for limited resources.

It wasn’t until  December 11th, 1991 that I got my first computer, a Mac and began to computerize my business operations. I used a program called Dreams for CAD, Quickbooks for Mac and I purchased an estimating program named MacNail which was a Macro Powered Excel-based program written by Dennis Kolva of Turtle Creek Software and it was in modifying (hacking) how the program calculated and displayed markup to work with the Capacity Based Markup method I advocate, recommend and use that I first learned what modestly could be described as “programming” and my interest and curiosity was again sparked.

In this early days I learned to program in Apple’s HyperCard had a program that created forms and when the company publishing it closed it doors I was offered an upgrade to a program called FileMaker Pro and when it became FileMaker Pro 3 in Dec 1995 I started to create programs to track timecard information and do my own estimating replacing MacNail. I think it was in 1997 I took the estimating program I wrote and called it The Simple Estimate Worksheet and began to give it to my subcontractors to help them generate their estimates. That program eventually over the years evolved into the 360 Difference Platform of  Macintosh, iOS, and Windows construction management tools I sell today.

I was working on a large expensive stair& railing project in 1999 for general contractor we did a lot of work for and one day late in the afternoon after most everybody else had left the site he stopped by and was talking to me about the stair and the record keeping I was doing with an earlier version of my Daily Job Report application and he said to me that I should quit the contracting business and spend my time instead of teaching contractors about markup and estimating and how to use technology in their businesses.

I began to do that bit by bit over three years up until January of 2003 when I set up Paradigm Projects as a separate company (originally I called it Paradigm-360), a construction business consulting operation that works with other contractors to provide information technology and project and production management solutions.

Over there I write the Quietly Re-Thinking Out Loud: Exploring New Paradigms for How We Manage What We Build blog which is “a collection of my thoughts and ideas on the state of the Building and Remodeling industry and it’s future with regard to: Technology, Project Management, CRM, Business Models, Critical Chain Project Management (CCPM), The Theory of Constraints (TOC), Systems Thinking, JIT, TQM, Lean Construction, CPM and the Lead Carpenter System.”

And in the winter of 2005 I set up 360Difference.com as a website to market and sell the estimating and job control software I had has designed and engineered.
The 360 Difference software suite (Estimating, Production, Job Costing, TimeKeeping, CRM, HR, Contract Administration, and Invoicing) while it runs on the Windows OS is one of only two construction estimating and construction management programs that runs native on the Apple Macintosh platform (and as of 2011 the iPad and iPhone platforms too.)

I also produce and write in a blog called Northeasternhomes.com and hope to make it into essentially an on-line Home and Garden magazine and resource directory that provides information and resources for homeowners in the Westchester County NY and Fairfield County CT region and someday maybe all of of New England.

In May of 2006 I created the Stairscapes.com brand to feature our expertise with design and installation of architectural stair building and hand railings and later on in July of 2006 created the Summerstructures.com brand to feature our expertise with outdoor projects such as outdoor kitchen, decks, cabanas, porches, patios, pergolas, gazebos, treehouses, arbors, trellises, sheds, playhouses, and outdoor furniture too.

My personal resume website JerraldHayes.com features A mixed sampling of some of my artwork over the last four decades that you might find interesting and some of my theatrical set & lighting designs too.

Thanks For Visiting The Newly Remodeled Paradigm Building & Remodeling Website

Yeah, this is the March of 2017 remodel and while I have the basic site architecture and design done like a newly remodeled home I haven't yet furnished all the rooms yet so there is a lot of incomplete or even missing content and for that I apologize. If you came to this particular web page looking for something  feel free to use the website contact form and write me about it or use the phone number in the header to give me a call.

Contact Us...
Loading Comments...
What Is Your Single Greatest Concern In Hiring A Contractor Tell Us!
Hello. Add your message here.